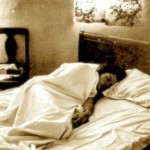 Alzheimer’s disease causes well-known symptoms such as dementia, memory loss, disorientation and even aggressiveness among the people suffering from it. It is also well-known that, women are more likely than men to express this syndrome. Since it is a brain disease, Alzheimer may also manifest itself in the sleep pattern. This has been popularly and consistently acknowledged by family members, caregivers and therapists. However, this relation has been quantitatively measured on few occasions.

Project SQUAD (Sleep Quality in Alzheimer’s Disease) is born in October 2018, with the aim of studying the sleep in patients suffering Alzheimer disease, and therefore deepen and understanding better its development. Its main objective is finding a correlation between sleeping patterns and cognitive deterioration provoked by the disease.

During the project, a clinical survey is carried out with 180 Alzheimer patients in three different stages of the cognitive deterioration associated with the specific evolution of this disease, and a control group of 40 individuals. A medical research range wristband is utilized by the patients, which identifies through different sensors the movements during the sleep. This tool turns out to be a good research compromise between the comfort/privacy of the patient, ease of use for assistant staff (relatives, nurses and/or caretakers) and scientific rigor. 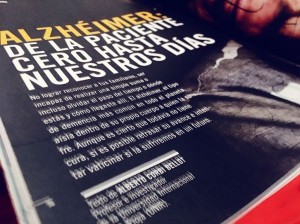 Complementary clinical information from the patients is gathered. Then, all these data is fed as parameters into a modern clustering machine learning algorithm. The results reveal a strong connection between the severity of the intellectual retrogression and the features derived from inertial information (which are in turn determined from sleep periods).

The research is partially financed by UNIR through the Research Institute for Innovation & Technology in Education (UNIR iTED). The conclusions are published and offered openly and altruistically to the scientific and medical community.