UNE, with the collaboration of UNIR iTED, launches the game Norma and the mystery of the lost train

On 26 April 2021, the Spanish Association for Standardisation (UNE) launches the game Norma y el misterio del tren perdido (Norma and the mystery of the lost train), which has been developed by the Institute for Educational Research, Innovation and Technology (UNIR iTED), belonging to the International University of La Rioja (UNIR).

This action is part of the AENOR-UNE-UNIR Chair, which aims to facilitate training in knowledge and skills on standards and technological innovation and projects related to these fields, through the design and holding of courses, panels, activities and associated training programmes.

More specifically, Norma y el misterio del tren perdido is aimed primarily at university students, but also at the general public. Its aim is to contribute to developing a greater awareness of standardisation and compliance with standards. 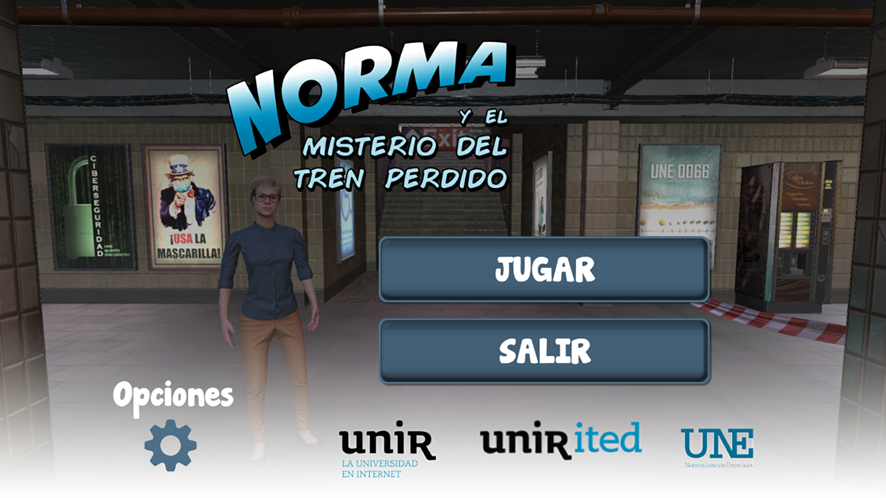 What is the game about?

A metro train, without passengers, has disappeared on its way to the depot.

The entire service is paralysed until the train appears, affecting thousands of users who are unable to travel normally.

Norma, our protagonist, must solve this mystery so that the city can resume its normal activity.

She has 45 minutes to find the missing train, in which Norma must solve some tests and answer some questionnaires to be able to advance properly in her investigation.

With this adventure we will learn about the importance of standards in our daily lives, of which we are often unaware.

Will you be able to solve the mystery?