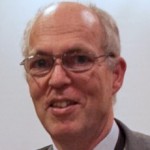 Dai Griffiths was born in 1954, and he grew up in his home country of Wales in the UK. His life took an unexpected turn when studying History of Art at University College Aberystwyth and he met Francesca Deyà from Mallorca. They married, and moved to Deià in Mallorca. 40 years later they are still together, and Deià is the place that Dai calls home.

Dai’s career started in adult education, teaching English in Mallorca, and Welsh and History of Art on visits back to Wales. He then moved into consultancy in personnel development, mainly working for IBM. When IBM got into difficulties in early 1990’s the consultancy dried up, and Dai looked for ways of developing his career, while living in a village on an island in the Mediterranean. He had been an early adopter of home computing, and became interested in how he could use computers in teaching. He made contact with Steve Heppell and Richard Millwood at the Exploratorium in Brentwood UK (later ‘Ultralab’), and became fascinated by the capabilities of the early Mac computers. He got the money together to buy a Mac SE, and set about learning to programme it using HyperCard and Director. This proved to be the start of the journey that has lasted to the present.

Once Dai had got to grips with the technology, he started working as a developer of educational ‘multimedia’ applications, as they were known in those days, sometimes integrating CD ROMs. He also worked as a part-time computing assistant in a primary school, coaxing into life a network of abandoned Mac Pluses with no hard drives, and working with the children to create interactive representations of their school.

The technical work was fascinating, but Dai increasingly found himself wondering about how computers could most effectively be used in education, how that use could best be understood, and how applications could best be designed. In seeking to take this inquiry forward, Dai made contact with Professor Josep Blat of the Universitat de les Illes Balears, who welcomed him as a collaborator of the University. Together they obtained funding from a number of European projects, and Dai started a career as a researcher. The research focused on the design of technological systems for education, both with children in the design of robotic toys, and with teachers in the development and use of interoperability specifications to design, represent and orchestrate educational activities with computers. The work of Professor Rob Koper of OUNL was a strong influence on his research into interoperability specifications, which led to a number of collaborative projects, in particular in relation to the design of courses using IMS-LD. In the midst of this collaboration, Professor Blat took up a new position in Universitat Pompeu Fabra (UPF). Dai also moved to UPF, where the collaboration continued, and Dai completed his PhD under Josep’s direction.

In 2006, after seven productive years in Barcelona, Dai applied for a position as a Reader in the emerging Institute for Educational Cybernetics (IEC) at the University of Bolton, in order to work with Professor Oleg Liber.  An important area of work in the IEC was Cetis (Centre for Educational Technology and Interoperability Specifications), which worked closely with the Jisc in the UK to develop educational computing for higher education in the UK. This provided many opportunities to further develop the work carried out in Barcelona on interoperability specifications. Cetis LLP is now a cooperative consultancy outside the University of Bolton, and Dai is an Associate Partner.

The application of technology alters the nature of the educational activities which it is designed to support, and transforms their interactions with the wider institutional, social and political context

In 2009 Dai was appointed Professor at the University of Bolton. He chose the title of Professor of Educational Cybernetics, for three reasons:

In 2015 Dai became a professor in the Department of Education at the University of Bolton, where he has taken on the satisfying task of coordinating the PhD and Doctor of Education programmes, as well as supervising PhD candidates, as well as lecturing on research methodologies and global trends in education.

A common theme running through Dai’s work is that the application of technology to activity design and orchestration raises important issues about the technological models which this process generates. One important aspect of this has been interoperability specifications (both pedagogical and more generic). These have a particularly important role, as the means whereby the activity and discourse of education is both enabled and constrained. However, the application of technology also has much wider implications. In a recursive process, it alters the nature of the educational activities which it is designed to support, and transforms their interactions with the wider institutional, social and political context. In particular, advances in the analysis of educational data is converging with the increasing significance attached to metrics as a means of validating the educational activities of individuals and institutions, and in doing so is changing the educational context itself. Dai’s current work focuses on understanding these wider processes, and one important aspect of this has been his engagement in the international Learning Analytics community.