Keystone Project comes to an end: final conference in Portugal 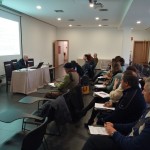 Last 28th February, the Trans-national Round Table of Keystone project took place in Miranda do Corvo (Portugal). The project is financed by the European Commission through the programme Erasmus`, and finalizes in January 2020.

During the event, the main obtained results and the work packages were described. The session aimed to attract potential users and support the project transferability and replication strategy. 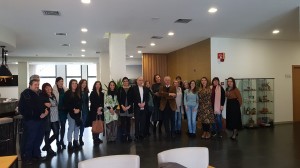 The conference started with a brief introduction of the project by the coordinator, Joe Cullen, from Arcola Research. After this first talk, each partner described the work carried out during the last two years and the obtained results in their areas. Being UNIR responsible for the technical aspect, the main features of the two developed tools (KEY tool and gamified experience) were described in detail.

The attendees came mainly from youth organizations, solidarity institutions, and NGOs, among others. The event finalized with an interesting debate during which the participants expressed their interest in the project and in the difficulties suffered in each of the four countries where the pilots were implemented.