Patent: Certification with a Blockchain system 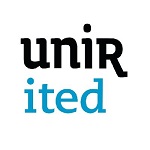 System based on the issuance and validation of certificates

Blockchain is in charge of issuing and validating academic certificates, ensuring that no changes are made to them, ensuring the confidentiality of student data and its validity despite the disappearance of the institution that issued it.

The system proposed allows the academic institution to store private and public data of the academic certificates issued by it, in a single Smart contract where only authorised persons or entities and those to whom the holders of the data authorise access can access the information, with the possibility of revoking it when they consider it appropriate.

This system tackles the two main problems of academic certificates, their falsification and their permanence and validity over time, by designing a system based on Blockchain. Forgery is avoided because once an item of information is entered in the chain it cannot be modified. In addition, as for validation, the data once introduced in the chain are not eliminated, they are replicated in the network nodes so that the validity of the certificate can be assured by a third party.