The adoption of OER across the Mediterranean countries, a challenge with a lot to move forward

In the framework of the Open Education Week, celebrating worldwide between 7th to 11th  of March, the Vicechancellorship for Research & Technology (UNIR Research, //research.unir.net) has made a contribution with an openclass dealing with OER across the Mediterranean countries. This openclass has been possible thanks to OpenMed project (http://openmedproject.eu). 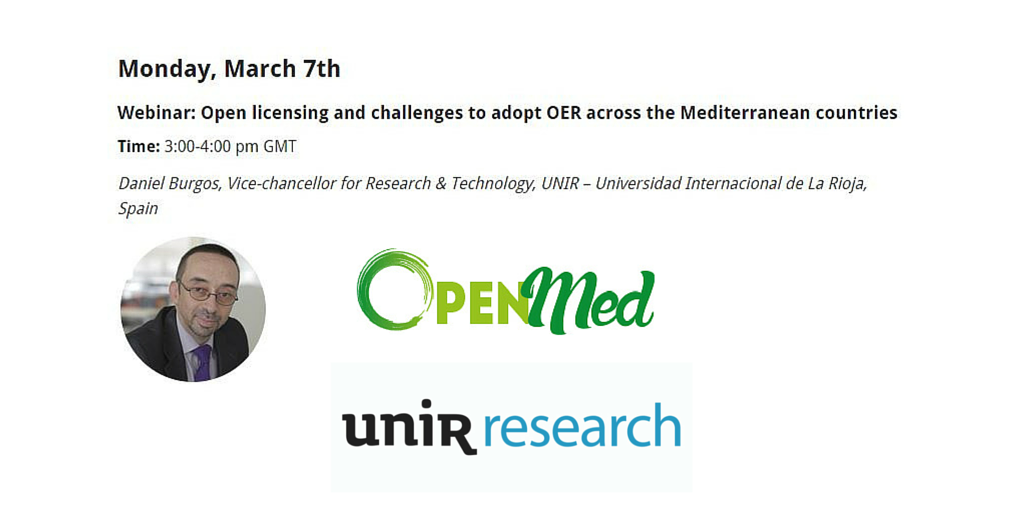 Burgos has offered a dissertation about the challenges for OER that are:  accomplished, improvable, welcome, and not developed sufficiently. One of the most controversial topics has been the proper licensing and the need to find a way to make OER profitable to the Universities and institutions without colliding with its economic results.

In the debate, very active participants has asked also about the role of the teacher in the production of Open Educational Resources. “We need to have a global vision, we must find a necessity to be covered, like in a business plan. And then, not only to think about our own pupils but what is more, on the rest of the potential interested public in the subject”.